Associated Press
Nixon conferring with Henry A. Kissinger, his national security adviser, on Nov. 25, 1972.
"Richard M. Nixon made disparaging remarks about Jews, blacks, Italian-Americans and Irish-Americans in a series of extended conversations with top aides and his personal secretary, recorded in the Oval Office 16 months before he resigned as president.  The remarks were contained in 265 hours of recordings, captured by the secret taping system Nixon had installed in the White House and released this week by the Nixon Presidential Library and Museum(...)
An indication of Nixon’s complex relationship with Jews came the afternoon Golda Meir, the Israeli prime minister, came to visit on March 1, 1973. The tapes capture Meir offering warm and effusive thanks to Nixon for the way he had treated her and Israel.
But moments after she left, Nixon and Mr. Kissinger were brutally dismissive in response to requests that the United States press the Soviet Union to permit Jews to emigrate and escape persecution there.
“The emigration of Jews from the Soviet Union is not an objective of American foreign policy,” Mr. Kissinger said. “And if they put Jews into gas chambers in the Soviet Union, it is not an American concern. Maybe a humanitarian concern.”
“I know,” Nixon responded. “We can’t blow up the world because of it.”
In his discussion with Ms. Woods, Nixon laid down clear rules about who would be permitted to attend the state dinner for Meir — he called it “the Jewish dinner” — after learning that the White House was being besieged with requests to attend.
“I don’t want any Jew at that dinner who didn’t support us in that campaign,” he said. “Is that clear? No Jew who did not support us.”
Nixon listed many of his top Jewish advisers — among them, Mr. Kissinger and William Safire, who went on to become a columnist at The New York Times — and argued that they shared a common trait, of needing to compensate for an inferiority complex." (...) !
YORBA LINDA, Calif. - A version of this article appeared in print on December 11, 2010, on page A13 of the New York Times edition. 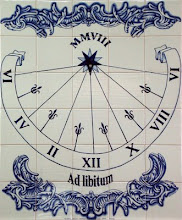